Are you watching it?

It’s fun - not sure what I think - will there be a service?

This has been a long time coming, but I login today, and low and behold, SearchWiki.

I was following some testing they were doing on this years ago, but honestly this came as a total suprise to me today - and woke up my urge to blog.

More when I read up. 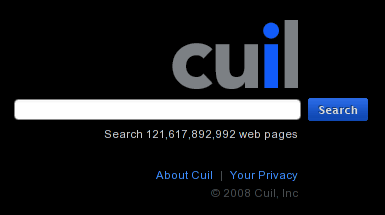 Thanks for the server, Randy - this is lighttpd running wordpress, drupal, and mediawiki.