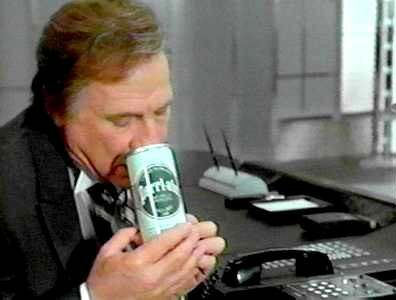 It had to happen sooner or later…

Old news really - but the fact that Google is forging ahead with it’s full text scans at several major university libraries despite the suits filed against it - has added fuel to the fire on both sides.

Basically, no one can really deny, even publishers, that making the full text of ink and paper books available and searchable online would benefit readers - what is in debate is how publishers, authors, and online providers such a Google, Amazon, and others should share in the profits and what this eventually spells for the future of the entire publishing industry.

The answer, at least at first glance, seems obvious: As predicted ever since the dawn of the net - tree huggers everywhere will rejoice, and books will finally come to inherit their pre-destined home on the world wide web. (Drinks all around, amen to that.)

What could prevent this (and certainly stall it for awhile) is another example of the often mind-boggling behavior of established industries when they feel their core business is somehow being threatened on the web.

While I feel like I sort of understand it - it still doesn’t totally add up for me. How can McGraw-Hill and Simon & Schuster (a long time software publisher, no less!) balk at the potential to sell “e-books” online and share in Google’s ad revenues when their contents are searched? Why aren’t they shipping forests of volumes to the Googleplex right now for scanning and hassling Google to get this out of beta and start the money flowing faster?

Well, why did the music industry spend millions to shut down Napster, and then a year later gladly distribute their records online over similar services - even resurrecting Napster itself?!

What was it about TV networks that made it take so long for their executives to figure out that making shows available on the web is just another form of broadcasting? I mean, seriously, since the 1950’s they broadcast - For Free - INTO THE AIR - and they were afraid of the internet???

Well, surprise, I blame Google - and every other web company.

You don’t just start scanning other peoples books - and figure out the profit sharing later. You can’t violate every copywrite law in the world and start giving Metalica’s songs away without so much as a phone call - and you can’t expect NBC to just turn over the keys to the kingdom just because you started up a video search.

Many of these traditional media executives really are scared - some of them justifiably so. The future really is uncertain - and they don’t see opportunity - they see upheaval, even disaster - this puts them on the phone with their lawyers.

It’s up to Yahoo, Google, Amazon and others - companies that live and breathe the web and understand it’s full potential - to explain, educate, and forge partnerships with their old media allies.

Online distribution will benefit all media companies - if anything the market can only grow, boosting revenues and bringing even more players to the table - not ousting established giants.

Media and the web were made for each other - it’s a win-win - but before audiences can benefit, online companies need to learn to play by the rules.

Google Video this week added a long awaited uploader - both a web and downloadable application version to make it easier for users to upload their own videos to its service.

Google remains in third place, however, lagging behind both MSN and YouTube - and still lacks key partnerships needed to draw users with premium content.